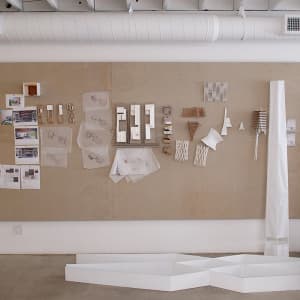 The work of Modal Design, led by Daniel Monti, is at once simple and complex; resolving inherent contradictions and reconciling differences through architecture as a yet-untapped resource for a world in flux. Daniel Monti’s peripatetic youth exerts a powerful influence on his approach to the discipline of architecture in general, and his own practice in particular. Born in Venezuela to Argentine parents, his family lived in seven countries by the time he was eighteen, moving nearly every two years to locations as disparate as New York, Indonesia, Iran, France, and Texas. His experiences living indifferent countries, along with subsequent extensive travel, inform Daniel’s acute appreciation for cultural differences, and how those differences are translated into architectural forms.

Daniel received his Master of Architecture degree from Harvard University’s Graduate School of Design, where he began to formulate his investigative philosophy of practice. His decision to attend Harvard was based — in part — on the curriculum, which is equally balanced between theory and practice. This notion of balance is integral to his practice and has been expanded since his time in school to include reconciling nature and the built form, the banal or ordinary and the specific, and a project’s programmatic requirements and the art of architecture. The ideas that Daniel first explored in his graduate thesis, including efforts to make the public more observant and less complacent, are the same ones that he currently examines in his practice. Much as the mission of art is the heightened awareness of the viewer, Daniel believes in the capacity of architecture to increase awareness about the choices one makes about how they interact with the built environment.

Daniel is a registered architect in California with over ten years of professional experience as a principal and lead designer. He established his architectural studio, Modal Design, in Los Angeles in 2004. The Modal Design team works together to achieve the best project. Instead of providing a client with a polished version of his first solution, Daniel begins each project with a series of investigative exercises intended to result in the best, perhaps inevitable, solution. At the outset he identifies the immediate solution and then initiates a generative process until the design evolves.The studio culture is largely experimental, conducive to productive research, and allows the best ideas to emerge from the exploration of many possible resolutions. Daniel’s tectonic approach to architecture supports innovation. When typical solutions are generally acknowledged to be unsuitable, a discovery and learning process ensues. Although each project is unique, the desire to innovate and embrace the unknown, the pairing of seemingly paradoxical elements, and the various methods of elevating the ordinary to heighten awareness are salient constants in Daniel’s design work. 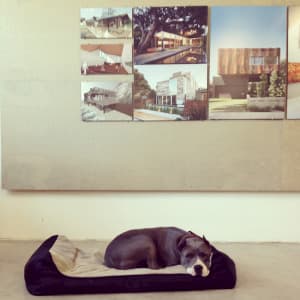 Based on Daniel’s studio model of practice, it follows that Modal Design’s ideal clients are those who are receptive to having a designer rethinking and questioning assumptions, providing the opportunity to challenge architectural norms and realize innovative solutions. Believing that a critique of existing work is a valuable part of the design process, Daniel thoroughly investigates the inherent possibilities of every project, including what has already been done, in order to push beyond the accepted conventions and expectations. As an individual and a practitioner, Daniel is extremely rigorous and disciplined and always strives to maintain the highest standards for himself and for his work, but his rigor is tempered by sensitivity.

Several conceptual threads run through Modal Design’s body of work. A prominent theme that each project shares could be termed “a collision of opposites.” This collision can take many forms, depending on the program, but always adds a layer of complexity and interest. It can include the juxtaposition of elements, the relationship of a building to nature, material choices, how the element of time is incorporated into architectural design, and movement through space.

THE JUXTAPOSITION OF SEEMINGLY DISSIMILAR ELEMENTS

Daniel creatively juxtaposes elements that are often considered banal or ordinary with the specific and extraordinary. Much of his inspiration comes from the art world. For example, in the sculptural work of New York artist, Tara Donovan, one can see parallels to Daniel’s work. In the piece to the right (below, left, etc. – include image here) Donovan has taken an everyday, generic Styrofoam cup and created an extraordinary, undulating sculptural piece that — at the very least —forces the viewer to reconsider the cup and the materials that constitute art. The realization that something as simple as a disposable cup can be employed so effectively in the construction of an intricate sculpture resembling an object that could be found in the natural environment (clouds) can be startling to someone confronted with the piece for the first time. In other words, it’s the manner in which a material is used, and its relationship to other elements, not the material itself that increases awareness on the part of the viewer. In Daniel’s work, this idea appears when materials that may, on their own, seem ordinary and perhaps even dull are placed in tension or conflict with other materials. This unusual and innovative, yet purposeful use of materials is evident at various scales in Daniel’s work.

Daniel’s design work creates situations where nature and architecture are mutually reinforcing. That is not to say that they blend together, but that design decisions are made with careful consideration to site, landscape, light and climate. Sometimes this is more effective when the conditions seem to contradict each other. By contrasting textures, light conditions, color, and materials, each appears to stand out more.