The Importance of Detail in Modern Architecture

People tend to use the same handful of words when describing modern architecture. It’s “clean” and it’s “open” and it’s “minimalistic.” While all of that is true, the use of those words has, for some, begun to take on a new meaning: It’s “simple.”

The truth is, while modern architecture might appear to be simple, it takes a lot of craftsmanship, expertise, forethought, and attention to detail to design and build a home worthy of the moniker. It will involve not just an architect skilled in modern design, but a whole team of expert craftsmen who can work together to bring a vision to life.

In a traditional home, there’s more room for imprecision because you can use various elements to cover up imperfections—for example, by using crown molding to cover small misalignments between a wall and ceiling. In a modern home, these elements aren’t leveraged. That means that in order to achieve a clean and effortless modern look, each step of design and construction must be completed with extreme precision.

It isn’t that modern architecture is free of detail; the details simply melt away.

Below, we take a look at a number of homes that embody this concept of detail in modern architecture. Each includes elements that at first glance appear deceptively simple, but which actually required extreme precision and skill to execute.

The Leonard Residence features custom-made teak cabinetry and paneling throughout the home. It is a key defining element of the home, and one that permeates throughout the entire house. Built to appear as though it could have been crafted out of a single piece of wood, the powder room is a perfect example of a design element that looks deceptively simple. 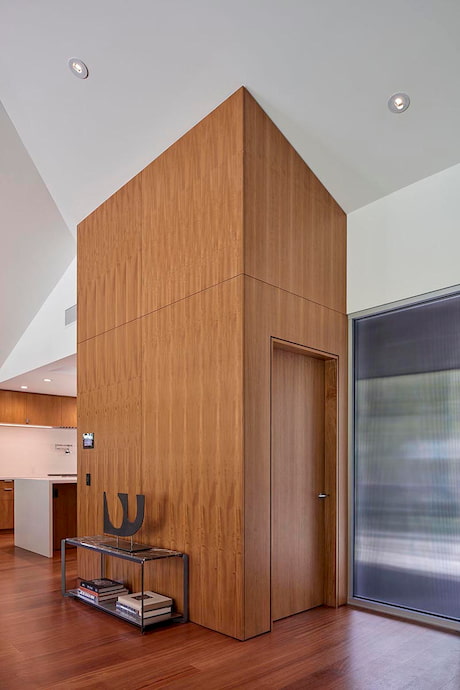 In order to achieve this result, each piece of wood needed to be precisely crafted so as to fit together seamlessly, like a puzzle. This is true not just for the large outer panels on the walls, but also for the door and the small components of the doorjamb. While it looks effortless, a lot of work went into making this a reality.

The Amoroso Studio is a standalone structure built to replace an aged garage behind the client’s home in Venice Beach, California. As the homeowner collects and appreciates art, they wanted the studio to act as a piece of art which they could view from within their home. The end result is a beautiful, angular, and multi-faceted structure clad in zinc panels which echoes the rooflines of other homes in the neighborhood. 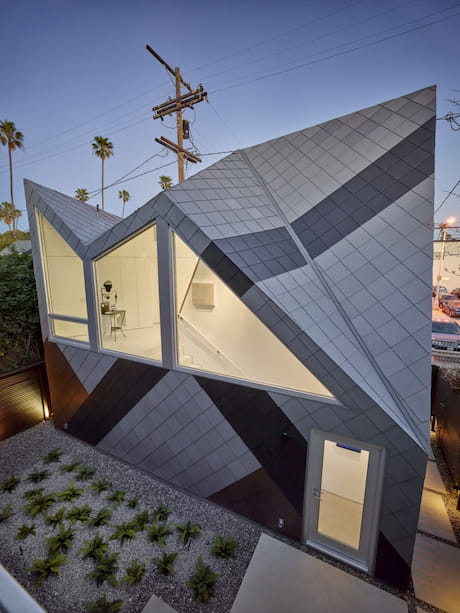 The main cabinet in the upstairs space is a perfect example of detail in modern architecture. Not only was the cabinet custom-designed and built, but it was designed to align with the shape and angles of the window behind it, and to reflect the sharp, crisp lines associated with the project. Though it looks simple, even a small misalignment would be extremely noticeable due to the overall geometry of the home.

The program and layout of the Walnut Residence, located in Venice, California, was designed and built in such a way as to accommodate a large pine tree that existed on the lot, and which the owners of the home wanted to preserve. With a trunk diameter of roughly four feet and a capay more than sixty feet across, this tree is the de facto dominant feature of the home. 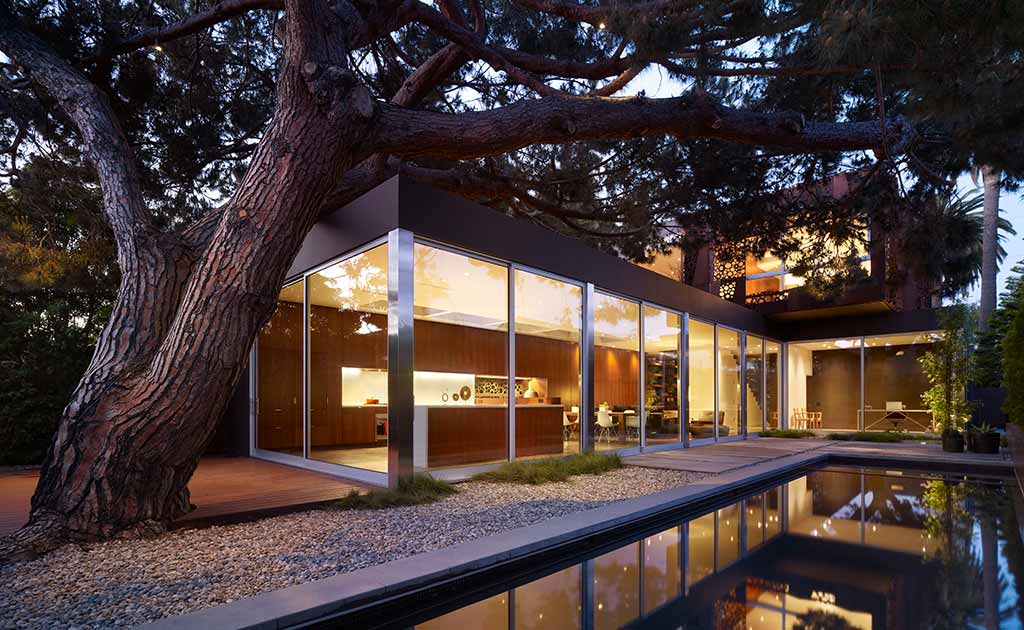 With this in mind, in order to build a more concrete connection between the home and the tree, the metal panels that adorn the front of the home drew upon the tree for inspiration. This can best be seen in the varied size and angles of the panels, which echo the irregularity of the bark of the tree. Aligning these panels and affixing them to the home required an immense level of precision and effort. 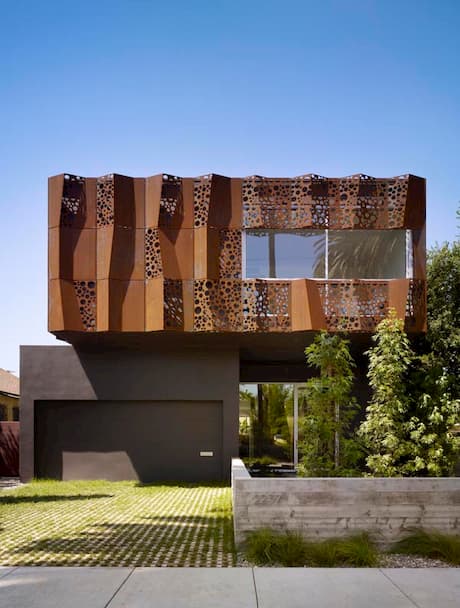 Detail Designed to Melt Away

As you can see from the examples above, although modern architecture has a reputation for simple design, that does not mean that detail is any less important than in traditional architecture. In fact, in an effort to minimize noise and distraction, detail takes on an even greater level of importance: It is simply meant to melt away instead of standing out.