Los Angeles, California has long been an epicenter for the arts. In the world of architecture, the city and surrounding areas played an important role in both the birth and evolution of modernism throughout the mid-twentieth century to today.

The geographic location of the city provided unique conditions that early modernists leveraged, including an abundance of natural sunlight, a mild climate conducive to outdoor living, and an overall sense of natural beauty in the landscape. And, as a place where creative minds flourish, it’s no surprise that modernism was able to take root here.

Below are four examples of iconic homes in the Los Angeles area that continue to influence modern home design today.

Construction of the home broke ground in early 1949 with the foundation and steel, which makes up the overall volume of the house, being completed in just 16 hours. By year’s end, the rest of the house was completed. 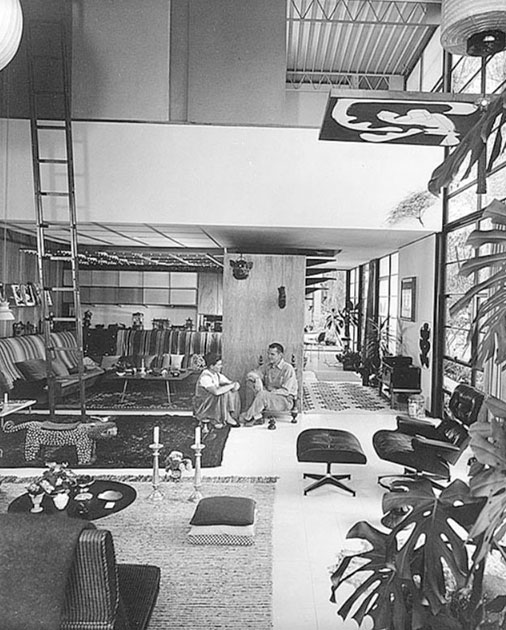 The use of off-the-shelf or prefabricated materials in construction allowed for a modern aesthetic while demonstrating the ease of building with such materials, making this house one of many precursors of today’s prefab approaches.

Another defining characteristic of the home, which has had major implications throughout modern residential design, is the way that the house was consciously integrated into the landscape rather than interrupting the topography of the site.

This house exemplifies the style of modernism which is now common throughout Los Angeles through elements such as an emphasis on natural light and a strong connection to nature through the use of large glass openings throughout the space.

The Stahl House is frequently noted as one of the most iconic mid-century modern homes in Los Angeles. 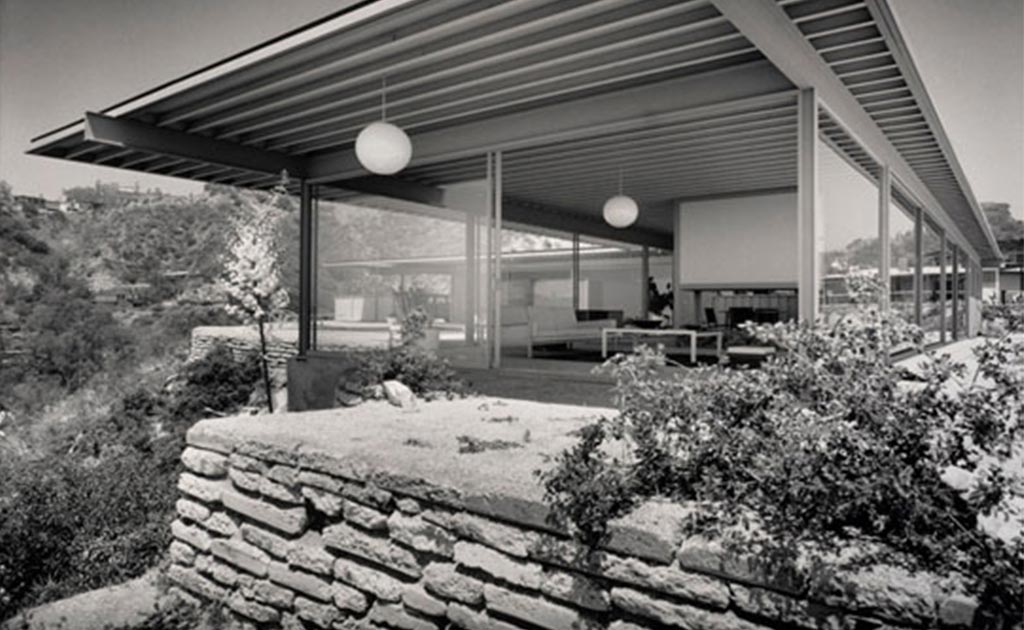 Features such as large walls made of glass and sliding glass doors that open up to the view establish a strong connection to the outdoors, in contrast to more traditional walls with punched windows. These large windows and sliding doors connect the occupants to the exterior space and views of the city beyond, further connecting the home with its surroundings. Additionally, long, low flat roofs that stretch the house beyond its exterior walls effectively blur the boundary between inside and outside space.

This house epitomizes the architectural language of glass, steel, and concrete and leverages an open layout reminiscent of today’s preference for open floor plans.

The Kings Road House, also known as the Schindler House, is another icon of Los Angeles Residential architecture. 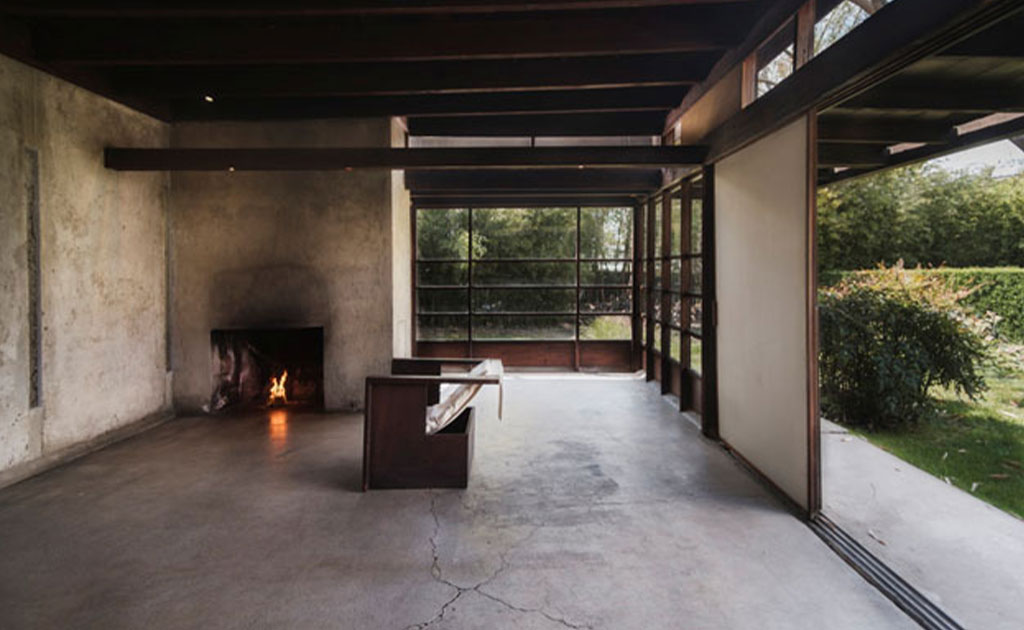 Rudolph Schindler, the renowned architect behind the home, designed the space as a three-bladed pinwheel with program elements stretching out into the landscape.
This unique move served to connect the indoor space with the outdoors and effectively created “outdoor rooms” as a result. While this approach was highly innovative at the time, its influence can still be seen in modernist architecture, especially throughout California.

The home’s relationship with its surroundings is deepened through the use of large glass windows and doors, as well as covered outdoor areas. The architecture creates a seamless integration between the inside and outside spaces, to stunning effect. Similar design moves continue to echo throughout Los Angeles residential architecture today with the same goal in mind.

Finally, while others may not think of Horatio West Court as a landmark that has influenced Los Angeles architecture, a strong case can be made that it should be seen as such. 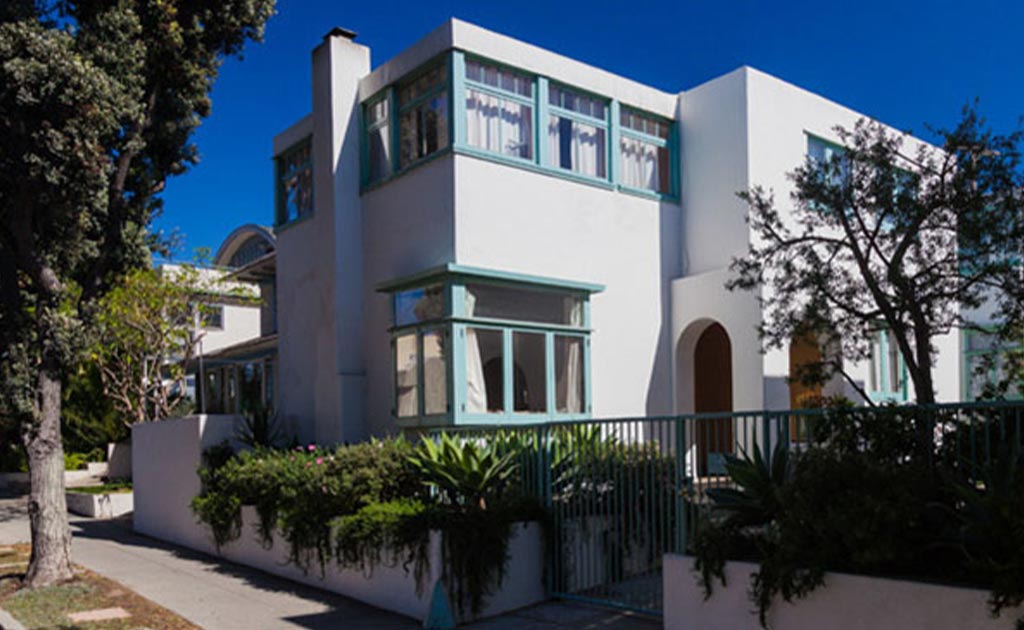 Horatio West Court was designed by architect Irving Gill in 1919 and is made up of four housing units on one property. Despite being over 100 years old, the scale and overall appearance of the units still feels appropriate on the lot. The scale of each unit was broken down by creating a small entrance and porch facing the internal drive. Additionally, the simple white plaster walls and purposeful lack of ornamentation affords the structure a sense of timelessness even after many years.

The thoughtful simplicity of the architecture and it’s details is reflective of many of the elements of modernism today. Gill, sometimes thought of as an underappreciated contributor to the modernist movement, once stated, ”We must dare to be simple, must have the courage to fling aside every device that distracts the eye from structural beauty.”

Each of the homes and architects discussed above have played a role in shaping modernism. The influence of these designs, among other contributions from notable architects, can be seen throughout Los Angeles and the broader world of architecture today.

Core elements like the use of a simple material palette, a strong connection to the outdoors, and an emphasis on natural light are apparent in these designs and have stood the test of time. Now, each of these elements are considered central to modern home design.